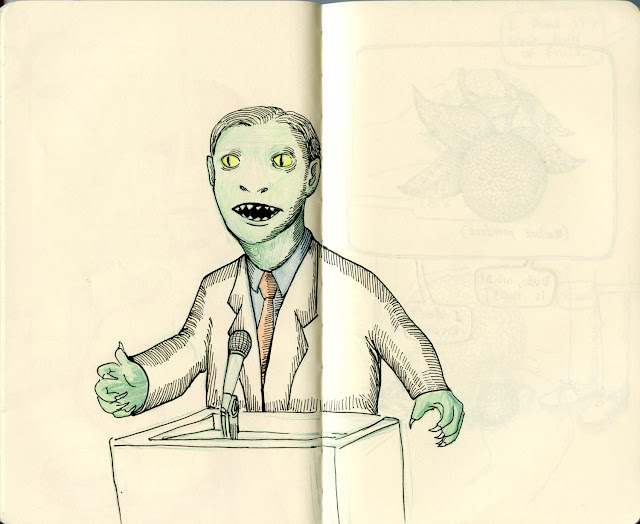 I don't really want to get too political, but I don't mind a conspiracy theory here and there. I was watching the Republican National Convention...i don't know why. I have been avoiding politics for about a year now. Anyways, I was watching it and soon realized that one of the dudes speaking (Mick Cornett) started looking all lizardish. (This is probably due to the fact that I was taking Sudafed to relieve some sinus pressure.)

For those who don't know about the Reptilians and their Conspiracy Theories. You may be interested to research some of David Icke's theories. It's an interesting read on the weird side on the internet. (As if you're not here already!) Good Night!
Email ThisBlogThis!Share to TwitterShare to FacebookShare to Pinterest

If you see something, say something!